Many are interested in what macros are and how they work … Let’s understand.

As Wikipedia tells us, a macro (correct accent on -a, macros), a macro or script, is a software algorithm of actions recorded by the user. But this definition as a whole, we are specifically interested in macros for mouse.

Macros and scripts in the long run are the same. In many MMORPG games, such as World of Warcraft, for example, macros are part of the standard interface. 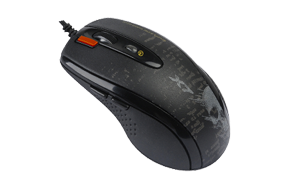 So, macros (scripts) for bloody mouse, X7, etc., are a set of specific commands that are executed when a certain button is clicked.

Macros for mouse. A4Tech and other.

Most gaming mouses, such as steelseries, razer, and others, have the ability to create and use macros, but in a very limited form, because the number of types of supported commands is limited only by clicking on the mouse buttons and delays set between these clicks. Such macros are usually called clickers (click from English. Click, a characteristic sound when you click on the mouse button).

More complex macros, at the moment, support a very limited number of manufacturers of computer gaming mice. One of these manufacturers is a4tech, which is produced by mice supporting more complex macros, which include, in addition to mouse clicks and delays between clicks, control of the mouse pointer along the abscissa and ordinate axes, i.e. axes X and Y, respectively.

At the moment, the most complex macros are Bloody and X7 macros for mouse, and it is precisely due to the fact that these are practically the only gaming mice that support control of mouse pointer movements.

Now, in order to summarize the above, we derive the correct definition of game macros for mice.

Macro for a mouse is an action algorithm that is executed when you click on a given mouse button, which can include — pressing certain mouse buttons (sometimes on the keyboard keys), moving the mouse pointer, and all this with pre-set delays in milliseconds.

If our article was useful to you, you can tell us “Thank you” by sharing our article on any of your social networks using the buttons below.